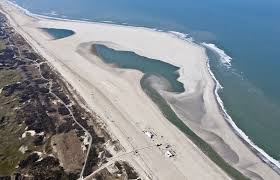 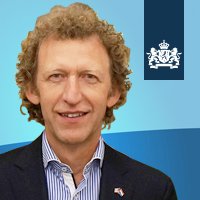 In 2013, Henk Ovink and I were Acting Director Generals at the Ministry of Infrastructure and the Environment for the Kingdom of the Netherlands. Henk was responsible for Spatial Development and Water, and I was responsible for the Environment. When our successors took over, we both made the jump across the Atlantic Ocean. Henk was contracted by the United States federal Secretary of Housing and Urban Development, Shaun Donovan, who would be his senior advisor for his assignment by President Obama to lead the post-Sandy task-force. I was appointed by Royal Decree as Consul General in San Francisco for the 13 westernmost US-states, partly because of my experience with sustainability policies.

Henk Ovink introduced an unexpected approach to storm preparedness for the east coast: resilience instead of defensive protection, building by design and with nature. On the west coast of the United States there has been no significant coastal flooding recently, and let’s hope that it will stay that way. But the next St. Andreas Fault earthquake or a King Tide, combined with a western storm and river flooding could change all this. According to the current list, the next female hurricane name would be “Vicky”. My preventive advice is not to wait until a post-Vicky task-force has to be established, but instead, to develop space for blue and green building in a bottom-up cooperative process.

To approach all this in an integrated manner, Ovink instigated a design competition. It started with 148 teams, 10 of whom have been selected and are now developing their plans for the final review.

Sand Engine along the shoreline of Holland

The San Francisco Bay Area is in many ways comparable to the Netherlands. It is a heavily populated (7.5 million people) delta region made up of long rivers (Sacramento and San Joaquin vs. Rhine and Meuse) descending from high mountains (Sierra Nevada vs. Swiss Alps), and ultimately discharging into the ocean (Pacific vs. Atlantic). The potential of damaging flood-stage runoff from melting glaciers and increased rain due to climate change could be intercepted by the planting of additional vegetation in the eroding mountains. The rivers could be tamed by giving them more space to flow. Finally, in the urbanized areas, reducing impermeable roof surface and asphalt, and expanding blue (open water, and reservoirs) and green (parks and gardens) zones could prevent flood damage in the cities.

Normally it takes a disaster to bring all the parties involved to the same table. California has a tradition of being a first mover. Now it has an opportunity to lead an ambitious and integrated process toward blue-green building to prevent such a disaster.