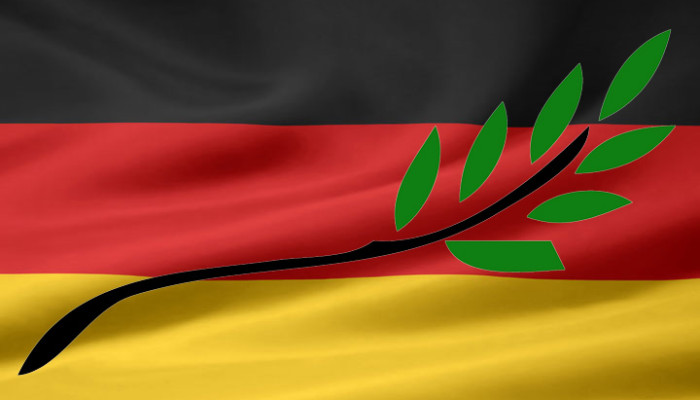 The following is a ’report from the field’ written by Robin Backhaus, an American expatriate who has lived in northern Germany, near Hamburg, for thirty years. An active member of her rural community, Robin is intimately familiar with the local culture, politics, and impacts from the ongoing evolution of the refugee crisis in her region over the last few months. She is part of a group that supports the refugees in her town:

The situation here has not changed much in our area since the refugees began arriving last summer, except that there are fewer refugees coming in than there were a few months ago. That has to do with the politics in Turkey as well as with the fact that traveling in winter is even rougher, especially for families.

In our small town of Echem we still have three families, from Iraq, Syria and Bosnian. The Syrians were recently granted three-year residence permits. The Iraqis should receive it any day now. The Bosnians have been here since June and have not even had a hearing yet. Bosnia is considered by the German government to be a safe country, but the family is Roma and was threatened by the Roma equivalent of the Mafia, so they might have a chance of being granted asylum.

The Syrian mother and her three youngest children want to stay in Echem. Her husband has applied to come here but has not received a permit yet. We have found an apartment for them here in town. The three young men (her older son and two nephews) are moving to the nearby city of Lueneburg. The boys have all done internships with various plumbers/carpenters/mechanics around here. Their next door neighbor has his own plumbing business and set that all up for boys. When my husband went to his General Practitioner a few weeks ago, he had a young Syrian doctor working as an intern.

All three families here in Echem are well integrated. The children go to the local schools and day care. They have all learned German very quickly, which is normal for children. The parents all have German lessons. The two young mothers with babies can’t go to Lueneburg for the official lessons, so we have several women here in town who give lessons twice a week to the two women.

One important goal of the government is that all refugees have bicycles (donated by locals). In our area this has been very successful: Everyone who wants a bike has one. That is the main mode of transportation for refugees. Especially the young men are willing to ride their bikes just about anywhere. We have a local workshop run by two volunteers who fix up the bikes before handing them over and then help to fix any problems later.

When the refugees need to go somewhere that is too far to bike, hard to access on public transportation or tricky with small children in tow, we drive them. A few months ago I set up an intranet for our group of helpers. I created a calendar where we can all enter upcoming appointments and then, by changing the color in the calendar, indicate that one of us will drive and/or accompany the person. That has proven a big help. We used to meet about every ten days to coordinate dates, but now we get together once a month to share information. Our main mode of communication amongst the helpers is a WhatsApp group.

Refugees cannot apply for a landline until they are granted at least six months residence privileges, so most have prepaid cell phones. The phones are donated and the service is very cheap here.

In Scharnebeck, the next biggest town about four miles from here, there is a Tuesday afternoon coffee get-together for the women. The refugee women usually organize it, baking and decorating the tables. There is always a translator there, so they can ask questions and get information. The social workers responsible for refugees in our county are always there.

In Scharnebeck there is a place where all of the refugees can go get clothes, household items, toys, etc. Everything is donated. There is so much stuff that several volunteers do nothing but sort clothes by size and season and inventory everything else. People are very generous.

Scharnebeck also has one of the initial centers where the refugees live until they are distributed to the towns. It is a former hospital and holds about 100 people. Most arrivals only stay a week or two before they go somewhere more permanent. There is a team of retired teachers who give German lessons every day and there is day care. I have been there a few times to drop off donations and it is really is nice.

We have the most contact with our Bosnian neighbors. They are very friendly and appreciative of help and friendship. The woman bakes the BEST bread. She brought us a plate full of fresh rolls today. They have eight children, aged 15 years to ten months, and all of the children are pleasant, happy and well adjusted.

Lueneburg, with 70,000 inhabitants, obviously has many more refugees. But there, too, it is peaceful. People are very welcoming and tolerant. A few weeks ago a reporter for the local paper masqueraded as a Muslim for a day (her mother came here as a guest worker in the 1970’s, so she is half-Turkish and can pass for a foreigner). She spent the day at the market and running errands downtown, including things like dropping her purchases and having to pick them up off the street. She acted like she spoke no German or English. Absolutely everyone she encountered was very, very nice. The man selling cold cuts at the market made every effort to convey to her which meat contained pork and which didn’t. People stopped to help her pick up her fruit off the street.

The official German lessons are provided by the adult education center in Lueneburg. The refugees do not have to pay. Classes are every day. The same place also offers lectures and other events for the general population to learn more about the refugees’ cultures as well as about the whole asylum process. And the university in Lueneburg started a program last year called No Borders. Refugees cannot enroll in the university until they have residence status, but No Borders allows them to “unofficially” participate in classes. There are also events that the refugees plan, where they talk about their home countries and customs.

Another way that refugees are being integrated is through sports. They are encouraged to join all types of athletics. A few weeks ago there was a kind of open house in Lueneburg where they could check out all different sports. Not as many women came as the organizers would have liked, but it was still a success.

When you walk around Lueneburg, you see more foreigners than a year ago, but it does not seem to bother anyone. And the crime rate adjusted for the total population is actually a little lower than pre-refugees.

One problem that I see: Until they have residence status, it is very difficult for refugees to get a job. Since most of the refugees are young, able-bodied men who get bored, this has to change. Once their language skills are adequate, they should be allowed to work. But the government makes it very difficult. Example: Our Bosnian neighbor was offered a job clearing tables at the café in the train station in Lueneburg. I talked to the government agency responsible for all foreigners (including me). They gave me a form that the employer has to fill out and then return to them. The form is sent to the employment agency and then returned to them for approval. The process takes four weeks. That is absolutely ridiculous. The jobs for which many refugees with limited language skills are qualified are not of the type where the employer will wait four weeks for a reply. And Germany has many such job openings that need to be filled.

A few weeks ago there was a two-week series of events all over Lueneburg related to anti-racism. It was very popular. My daughter Caitlin and I went to an informal panel discussion about Islam. It was aimed at young adults. The main speakers were young Muslims who have lived in Germany all their lives, one young woman and two young men. They talked about the different branches of Islam and where/how they worship in Lueneburg. They also talked about the definition of Jihad. The “big” Jihad is the fight against one’s own ego. The “little” Jihad has to do with religion. The term Jihad in conjunction with war has absolutely nothing to do with Islam. It was actually popularized by the Nazis. It was the name of a propaganda magazine, if I remember correctly.

One of the men works as a social worker in a rough part of Hamburg, where a lot of Muslims (not new refugees, people who have been here a long time) happen to live. He talked about young men being recruited by radicals. The ones who are susceptible are insecure, not too bright, often without a clear goal. They are easiest to lure – no different from the way gangs all over the US find members. By speaking to the families and showing the boys alternatives, they can do a lot of preventive work.

I think the situation here is not nearly as dire as the international press would like to convey. Panic, desperation, crime, etc. just make better newspaper stories.