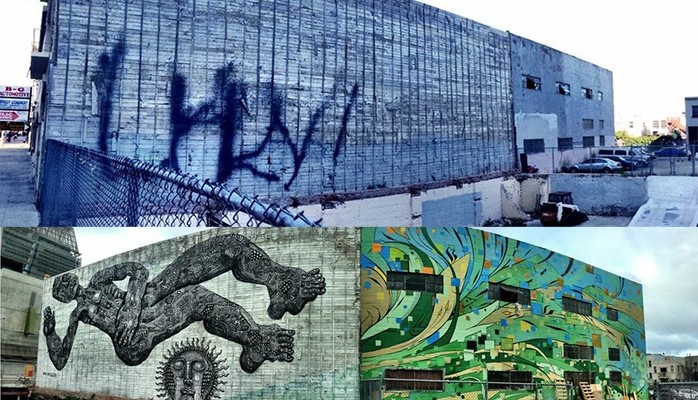 In today’s society there are innumerable problems and systems that are in need of repair or modification. One need not look far to find an abandoned building, a marginalized community, or youth who lack the prospect of a sustainable and fulfilling future.  Governments have demonstrated time and again that public programs alone are ill-equipped to address all of the challenges at hand, and so increasingly they are looking towards citizens to come up with solutions to all kinds of challenges.

“Hacking” once held only negative connotations associated with on-line criminal activity. In recent years, however, “Hackathons” have become mainstream, functioning as community-based problem solving exercise,.  There are now un-hackathons, hacka-surfa-shar-athons, hack-a-plane, hack-a-train, National Day of Civic Hacking, Space Apps Challenge and many more. Essentially, these activities function as mass-collaborations events. Over the past two decades, through the emergence of digital communication, we have learned a great deal about human interaction. Open-source, APIs and user-generated content have driven the growth of the internet and functionally facilitated an on-going real-time global conversation. These innovations, however, have not yet been practically applied to physical spaces. In the context of established real estate models, almost any space we occupy requires some kind of user fee, which often includes additional expenses associated with furnishings and programming provided by someone else.  [freespace] is changing that.  [freespace] has developed systems for gaining access to underutilized space and opening it up to the public, in essence shifting the idea of the public commons into the realm of privately owned buildings or property.

[freespace] was a born out of the largest hackathon in history, the National Day of Civic Hacking, which took place on June 1-2, 2013.  [freespace] ‘hacked the hack’ by taking the original idea of a 24-48 hour hackathon and extending it to a full month.  The concept was to take the lessons learned in the digital realm and apply them to physical space. In those 30 days we facilitated 119 events, hosted over 3,000 people, and launched several on-going civic hacking projects. During that time communities from all over the planet took notice and started to inquire about how they too could start a [freespace] in their own communities. To date, a second generation of [freespace] communities are already underway, located in 27 cities across 18 countries.

The decentralization of everything can be seen from media to manufacturing.  Previously, the generation and broad distribution of creative content was only possible with the support of large production studios.  Now, any smartphone with access to YouTube can put studio capabilities in one’s pocket.  Localized one-off production is now possible with 3D printing, offering an alternative to mass offshore manufacturing.  This decentralization phenomena can also be seen in crowd-sourced solutions to community issues that are no longer hampered by the limitations of top-down government bureaucracy.

Viral social media campaigns can now instantly launch an idea or a movement into the public consciousness: In 2011, the rapid expansion of the Occupy Wall Street movement was facilitated by internet exposure; in 2012 the campaign against Joseph Kony broke all records for YouTube views; and in 2013, social media popularized the story of how San Francisco was temporarily transformed into Gotham City for ‘Bat Kid’ as part of the Make A Wish program. So what will be the 2014 breakout social media campaign?  The [freespace] community is planning to ‘culture hack’ the 2014 World Cup. The project will launch during halftime of the first game of the World Cup on June 12th, during the match between Brazil and Croatia, and culminate during halftime of the World Cup final match on July 13th. The intent is to spark a global conversation that is based out of [freespace] locations around the world. Innovation, much like the processes inherent to natural systems, only works when there is true diversity. The world cup has a universal and diverse appeal that make it the single greatest opportunity to bring the world together, not just around soccer, but for the purpose of solving our greatest global challenges. Join in the global conversation and follow along with updates from www.freespace.io.